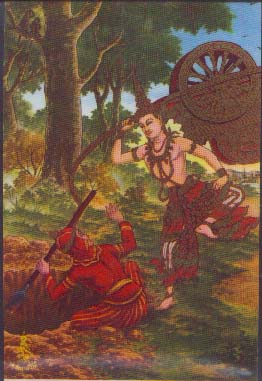 In this incarnation, the Buddha remembered his lives before, and that he was always born as a ruler or King, and once had to punish his citizens a lot, which sent him to the hell worlds for many Aeons, so he decided to avoid such future karma, and never become a King again, he was a prince and was to become king, so he pretended to be deaf and dumb and got himself thrown out of the palace, where he became a Ruesi Sage, and attained the Abhinya